In Houston, two populations seem most at risk for diabetes. According to the Centers for Disease Control and Prevention, 72 percent of African-Americans and 78 percent of Latinos in Houston are overweight or obese, a common precursor to the disease. Project TOUCH (Treating Obesity in Underserved Communities) was born out of concern over these stats. The program set out to help identify residents of Houston’s Third Ward and East End at risk for chronic diseases and connect them with programs and services to help them maximize their health potential.

Dr. Reitzel and Chisom Odoh are featured in the UH Health Magazine UHAND co-director Lorraine Reitzel, who chairs the department of psychological, health and learning sciences in the UHCollege of Education, said program participants all are driven to address the troubling disparities in cancer risk, rates and outcomes among racial and ethnic groups. According to the American Cancer Society, the disease is the leading cause of death among Hispanics, and African Americans have the highest death rate for most cancers.

Generally, people aren’t trained to manage stress in a healthy way. After a hard day of work filled with deadlines, many go home to an alcoholic beverage and an immediate “escape.” But that instant gratification can lead to addiction. By studying the body’s response to stress, Dr. Obasi believes he can develop positive coping interventions. 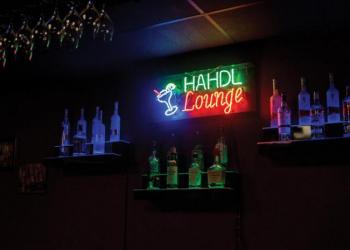