Skip to main content
Opinion - Pandemic hit Black and Latino communities hardest. Texas must address the root causes.
HRI Director Dr. Ezemenari Obasi is featured in this Houston Chronicle Op-ed regarding the troubling trend in which the pandemic has raised the stakes of health disparities and surfaced untold sufferings in communities of color.

For nearly 20 years, Guadalupe had worked in the same accounting job for the same company in Fort Bend County. Still, when the firm announced cutbacks amid COVID-19 last May, Guadalupe’s name was on the layoff list.

Losing a paycheck wasn’t her only concern.

“How was I going to survive without my medicine?” asked Guadalupe, whose last name is being withheld to protect her medical privacy.

Guadalupe is a grandmother of 10 who battles chronic asthma, diabetes and high blood pressure. Without health insurance, she didn’t know where to go for care or how she’d afford the growing stack of prescription pills she had to take every day.

At the same time, COVID-19 was hitting her family from all directions. Her brother died after getting the virus. So did her cousin. Then, her two daughters and their husbands were battling the virus. The economic and health effects of the pandemic were devastating her family.

“It was like we were hitting rock bottom,” she said. “That’s really hard.”

In Texas, their story is part of the larger troubling trend in which the pandemic has raised the stakes of health disparities and surfaced untold sufferings in communities of color. To support the state’s increasingly diverse population, we call on Texas lawmakers to prioritize practical policies that coordinate relevant data and research, expand health care for vulnerable populations and improve health outcomes for all.

We are encouraged that the House passed HB 4139, sponsored by Rep. Garnet Coleman of Houston, by a convincing margin of 86-58 to establish the State Office of Health Equity. Having a central agency to collect demographic data and inform decisions aimed at reducing health disparities is an important first step. We urge support from the Senate to get the bill, part of House Speaker Dade Phelan’s “Healthy Families Healthy Texas” priority agenda, across the finish line.

If we fail to implement strategies to address these exacerbated health disparities, the economic and mental health cost of inaction will grow even more in the coming years.

The disparities in how disadvantaged communities were hit by COVID are further exacerbated by untreated mental health challenges precipitated by unrelenting exposure to overt acts of discrimination, systemic racism, hate crimes, physical distancing, unemployment and other financial obstacles. While 41 percent of adults are reporting experiences of anxiety or depressive disorder amid the pandemic, the rates are even higher for Latinx (46 percent) and African American adults (48 percent).

As COVID-19 is now recognized as the third-leading cause of death in the U.S., the disproportionate death tolls in Black and Latinx communities were likely attributed to pre-existing racial inequities such as working in front-line service jobs, living in crowded and multigenerational housing, relying on public transportation, having underlying health conditions and lacking health insurance.

In a report released by Episcopal Health Foundation earlier this year, researchers found that if Black and Hispanic residents had the same COVID-19 mortality rates as white residents, there would have been 5,000 fewer deaths, reflecting a 30 percent reduction of total deaths by the end of September 2020. The economic value of these premature deaths is $3 billion.

However, COVID-19 cases and deaths have more than tripled, from 760,000 cases at the end of September to more than 2.48 million cases as of early May 2021 with deaths rising to more than 49,400. The early economic estimates reflect only a fraction of the final cost of health disparities in Texas during the pandemic. Nonetheless, one cannot quantify the true cost of an inexplicable number of preventable deaths of mothers, fathers, sisters and brothers at the hands of the virus.

We know that disparities like those endured by Guadalupe are avoidable — with commonsense policies focused on preventative health measures, not just health care and hospitalization after the fact.

State lawmakers have shown a willingness to advance health equity this session, proposing several relevant bills that include expanding health coverage and addressing barriers that lead to poor health outcomes for people receiving Medicaid. Approving HB 4139 will signal that curbing health disparities is a major priority of the state. But it should only be viewed as an important starting point. Lawmakers should also consider investing in social drivers of health in communities of color in areas such as education, workforce development, housing and transportation.

In the most recent data released by the U.S. Census Bureau, Texas netted nearly 4 million new residents over the past decade, far more than any other state. The state is also growing in racial and ethnic diversity. Today, Texas is about 41 percent white, 40 percent Hispanic, 13 percent Black and 5 percent Asian. Texas will be even more diverse in the coming years with 90 percent of the growth coming from communities of color.

For state lawmakers to keep Texans healthy and the economy thriving, they must devote resources to prioritize health. We hope they will act soon and decisively. We simply cannot afford to wait. The price of inaction far outweighs the cost of addressing health disparities in our state.

Shao-Chee Sim, Ph.D., is vice president for research, innovation and evaluation at Episcopal Health Foundation. Ezemenari M. Obasi, Ph.D., is director of the University of Houston HEALTH Research Institute and associate dean for research at the UH College of Education. 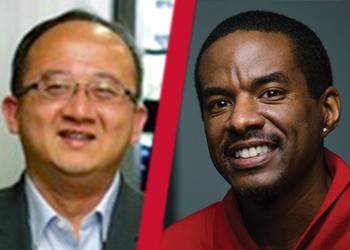