HOUSTON – People with mental illness in the Hispanic and Latino communities face challenges getting help, including a language barrier, a lack of health insurance, fear over immigration status or a cultural belief that mental illness is a weakness.

“We just get busy, on the go, on the go, and we seem kind of robotic sometimes, just always working, being parents or being there for family and we forget to take care of ourselves,” Samantha Toliver said.

Toliver is a wife, mother of four children and small business owner.

“It wasn’t until I had kids -- until they were toddlers, and I would feel myself getting anxious a lot of times,” she said.

“Basically, it’s where you kind of zone out, you feel like you’re in a dream-like the whole day,” Toliver said. “You just have to wait for your body to get the rest that it needs and recharge and that’s basically what happened.”

“You have to make sure that you are taking care of yourself mentally, just as much as physically,” she said.

But, that’s not the case in most Hispanic and Latin communities.

According to The Substance Abuse and Mental Health Services Administration, only 34% of Hispanic adults with mental illness receive treatment each year, compared to the U.S. average of 45%.

“When you think about the sort of disparities associated with access, it becomes a real challenge, because it’s only going to get worse if it’s untreated,” Ezemenari Obasi said.

Obasi is an associate dean of research at the College of Education, a professor and the founder and director of the Health Research Institute at the University of Houston.

“It can be anywhere from financial challenges that are experienced to lack of insurance coverage, stigma, fear of talking about personal issues,” Obasi said.

Another major challenge is the language barrier.

“There’s not always access to Spanish-speaking therapists or psychiatric providers in for that matter,” said Veronica Cavazos, with the Community Health Network.

“You don’t bring it up, it doesn’t get talked about,” Cavazos said. “There’s a negative stigma related to mental health.”

Because of that, Cavazos said it could be hard to recognize the signs.

“It’s not until things get too overwhelming that they’re not being able to function regularly that they finally seek out treatment,” Cavazos said.

People can seek treatment at places like The Harris Center for Mental Health and IDD. They have four locations in Houston.

“We have four outpatient clinics around Harris County,” said director of Business Operations Ana Philip. “We do have case managers, physicians, therapists who are Spanish speaking.”

Philip said it’s important for individuals and their loved ones to start a conversation.

“What’s going on is there something that you’re feeling that may not have been something prior,” Philip said.

Experts hope to change the perception of mental illness.

“Understanding that not being OK is perfectly fine and really understanding that there are resources and support available for individuals who may need that additional support,” Philip said.

Toliver believes speaking up about your struggle is a sign of bravery, not weakness.

“If you don’t get help it just kind of spirals, because it does affect your whole life,” Toliver said.

The main sign of mental illness is feeling abnormal. Other signs include crying more often than normal, a change in appetite or sleep and a lack of energy and motivation.

Here are the following resources for help: 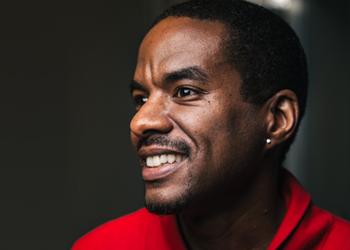