Skip to main content
Pilot Grant Awardees
With the support of the Division of Research, the HEALTH Research Institute (HRI) awarded 2 pilot project grants this fall to expand the HRI’s membership and work in the area of basic biomedical science.

With the support of the Division of Research, the HEALTH Research Institute (HRI) awarded 2 pilot project grants this fall to expand the HRI’s membership and work in the area of basic biomedical science. These proposals were rigorously reviewed and selected as the top meritorious projects with potential to have a significant impact on health challenges faced by our communities and potential for future external grant funding. The awardees are:

Dr. Stacey Gorniak, HRI Affiliate and Associate Professor in the Department of Health & Human Performance and Director of the Center for Neuromotor and Biomechanics Research at the University of Houston College of Liberal Arts and Social Sciences. Dr. Gorniak’s study, titled Functional Cortical Deficits and Cortical Hemodynamic Changes in Minority Older Adults with Type II Diabetes, aims to discover potential sex differences in cognitive-sensorimotor dysfunction and dysfunctional brain activation during motor tasks in persons with Type II Diabetes (T2D) as well as how sex, sex hormones, and measures of inflammation and adiposity impact brain activation. Persons with T2D are twice as likely to develop vascular dementia (VD) and/or Alzheimer’s Disease (AD) within their lifetime; minority persons have the highest risk of developing both T2D and VD and/or AD. Determining the complex mechanisms causing brain activation changes with T2D is critical given the rising incidence of both VD and AD, particularly in persons at highest risk for VD and/or AD. Dr. Gorniak hypothesizes that impaired brain activation is a significant contributor to conversion to VD and/or AD. This study is collecting data from an older adult (aged > 60 years) sample both with and without T2D to better understand how brain activation is impacted by a complex interaction of several health state indicators. This data will help develop targeted interventions to improve brain health in persons with T2D at the highest risk for VD and/or AD.

Dr. John Miller, HRI Affiliate and Professor in the Department of Physics at the University of Houston College of Natural Sciences and Mathematics. Dr. Miller’s study, titled Physical Mechanisms of Prostate Cancer Metabolism, will investigate physical mechanisms of impaired mitochondrial electron transport of prostate cancer (PCa) and aims to address two key problems: 1) the lack of diagnostic modalities for early identification of high-risk PCa neoplasms and 2) the need for metabolic-based therapies for PCa’s that have become aggressive. The project seeks to computationally study the effects of PCa mutations on mitochondrial charge transport, and to develop and utilize new tools for assessing normal and PCa-impaired mitochondrial activity. Dr. Miller hypothesizes that impaired electron transport facilitates tumor aggressiveness in prostate cancer. This project is part of a collaborative effort that includes Dr. Martha Y. Suárez Villagrán (Department of Physics) and Dr. Dale Hamilton, Director of the Center for Bioenergetics at the Houston Methodist Research Institute. Dr. Miller’s and Dr. Villagrán’s computational studies of PCa-impaired mitochondrial electron transport will be coordinated with measurements of mitochondrial activity in human PCa tissue, and with the development of new PET imaging methods that highlight cancer aggressiveness, carried out by Dr. Hamilton and his team at Houston Methodist. Prostate cancer is the second leading cause of cancer death in American men, especially affecting African Americans, Hispanics, and other underserved populations. The long-term goal of this collaborative effort is to improve outcomes for PCa patients in Houston and worldwide.

These two pilot grant projects began September 2019 and will end August 31, 2020. We look forward to learning the results of their studies and their future grant applications in collaboration with the HRI!

Fall 2019 Request for Applications
The HRI recently closed another round of application solicitations and is currently reviewing the submitted proposals. Funded projects will be announced in February 2020. For more information on the HRI pilot grant program, visit the website or email our team at hri@uh.edu. 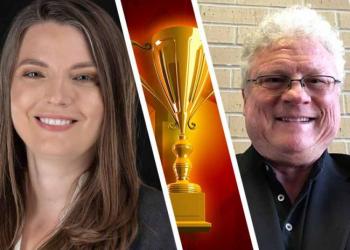