Skip to main content
In High and Low Enforcement Jurisdictions Alike, Most Latino High School Students Express Fear of Deportation
HRI mentee, Jodi Berger Cardoso, led a research effort on how Latino high school students in Harris County fear someone close to them could be arrested and deported. And more than half of reported symptoms of mental health conditions such as anxiety, depression, or post-traumatic stress disorder (PTSD) are at levels significant enough to warrant treatment.

Despite significantly different immigration enforcement climates in Texas and Rhode Island, a majority of surveyed Latino high school students in both states fear someone close to them could be arrested and deported. And more than half in both states reported symptoms of mental health conditions such as anxiety, depression or post-traumatic stress disorder (PTSD) at levels significant enough to warrant treatment, according to a new study by the Migration Policy Institute (MPI) in collaboration with the University of Houston and Rhode Island College.

The researchers conducted and analyzed surveys completed by hundreds of Latino students at 11 high schools in Harris County and Rhode Island during the 2018-2019 school year, and interviewed dozens of education professionals, mental health and other service providers, local elected officials, advocates and community organizers.

The study examines the links between immigration enforcement and the related fears and mental health of Latino youth. These children, who represent about one-quarter of all high school students nationwide, report fears of immigration enforcement that result in mental-health conditions that hold potential consequences for their school engagement, academic achievement and future success in the workforce and in life more generally.

Jodi Berger Cardoso, associate professor at the UH Graduate College of Social Work, led the research effort in Harris County. For more than 15 years, Cardoso has examined how exposure to trauma and psychosocial stress before, during and post-migration affects the mental health of Latino immigrants and their children.

“We need to understand how immigration policy at the national level is having direct negative consequences on the well-being of children, including their development and mental health,” she said.

The survey explored students’ fears of and exposure to immigration enforcement, as well as other stressors such as trauma, discrimination and economic hardship; personal strengths such as resilience, spirituality and family support; symptoms of anxiety, depression and PTSD; and substance use.

Among the top findings:

The study findings suggest that state and local policies that limit cooperation with ICE, such as those in Rhode Island, may not entirely shield youth from the mental-health consequences associated with fear that someone they know could be detained and deported. The results may also owe to the fact that other stressors—traumatic experiences, economic hardship and discrimination—were roughly equally present in Harris County and Rhode Island.

“Given the well-documented link between mental health and student outcomes, supporting Latino students’ mental health at a time when many are experiencing heightened uncertainty and fear is an essential component of efforts to promote these students’ school engagement and academic achievement,” the report concludes. “In the current social and political environment, the stakes are high for Latino youth and for the society in which they will grow into adulthood, join the workforce, raise families and take part in civic life.”

The report, “Immigration Enforcement and the Mental Health of Latino High School Students,” can be read by clicking here.

The Migration Policy Institute (MPI) is an independent, non-partisan, non-profit think tank in Washington, DC dedicated to analysis of the movement of people worldwide. MPI provides analysis, development and evaluation of migration and refugee policies at local, national and international levels. 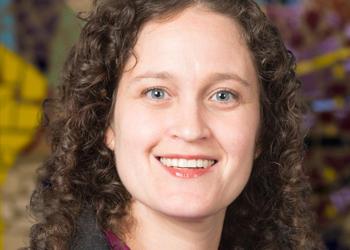