Skip to main content
“This is a good step in terms of my mission as a researcher” Dr. Lauren Gilbert shares her journey in the HRI-RCMI Pilot Grant Program
“The focus of this pilot grant has really been to engage the community at all steps”

Two years ago when Dr. Lauren Gilbert first landed in Houston, she embraced the next chapter in her career path—the prospect of getting more deeply involved in community-based research.

Her trajectory into health equity research was a natural fit since it was derived from a sheer drive to better understand problems of addiction in underserved communities.

“When I first came to Houston—and I was looking at the opioid epidemic and the data, I was seeing the huge rise in overdose deaths, especially for Black communities,” Dr. Gilbert said. “I really thought this is something that needs more attention. It’s been known that there’s been all these treatment disparities, so I was trying to develop a research project that would look at those treatment disparities.”

Dr. Gilbert is currently spearheading the Pilot Grant Research Project, “Exploring the provider and organization level barriers to Medication for Opioid Use Disorder (MOUD) treatment for Black Americans." With funding from NIH/NIHMD Research Centers at Minority Institutions (RCMI), the Pilot Grant Program is designed to be an incubator for early investigators who are historically underrepresented in the health sciences.

“I have multiple projects that are looking at different levels of the social, ecological framework,” Dr. Gilbert said. “I’m also looking at the individual level, the community level and the provider level, the system level—so, this is just one of the pieces that fits in that larger puzzle.”

According to the CDC’s National Center for Health Statistics, synthetic opioids, primarily fentanyl caused nearly two-thirds (64%) of all drug overdose deaths in the 12-month period ending April 2021, which was up 49 % from 2020.

While the opioid crisis has garnered nationwide attention, there’s been little investigation into the demographics and the populations which have been impacted the most by the crisis, according to Dr. Gilbert.

“A lot of the work that’s been done has not been targeted,” Dr. Gilbert said. “It’s been the universal approach to the opioid epidemic of—’we’ll increase access that treatment and everyone will be fine.’ But not everyone is getting the same gains. Like opioid deaths have decreased for white populations, but they’ve increased rapidly for Black and Brown populations. So, what’s going on? What can we do to get more access to treatment?”

Gilbert credits the mentorship of HEALTH-RCMI’s Dr. Obasi and Dr. Reitzel who encouraged and supported her during her journey through the program. Dr. Gilbert, an early-stage investigator, was awarded $50,000 from NIH/NIHMD through the RCMI's pilot grant program.

“I'm so thankful to have the ability to work with the RCMI in general,” Dr. Gilbert said. “With Dr. Obasi and Dr. Reitzel, they're very responsive and open to helping me as challenges have come up and working through those concerns. It's just been a very supportive environment both informally and formally. It's really a holistic approach to early-stage investigator development, and I really appreciate that. I also appreciate having access to the Community Advisory Board and the Community Research Advisory Board.

Previously Dr. Gilbert had worked in the opioid epidemic space in rural communities including Wyoming and Georgia. When she came to Houston, she was interested in dedicating her research and attention to the Black community in Houston and collaborating with community organizations.

“This is what drives me and why I wanted to do this research: It was sort of exploring and understanding underserved populations,” Dr. Gilbert said. “It’s important to really hear their voice—and let their voice be heard.”

Her message to other early investigators is to take that next step and apply for the Pilot Grant Program, if their goals are to delve further into community-based research.

“The focus of this pilot grant has really been to engage the community at all steps, and I think that it is just going to make the work so much more meaningful,” Dr. Gilbert said. “It's really this collaborative effort, and I think that this is just a foundational piece. We continue to move forward to have these community connections.”

"We are so excited about the ability to support postdoctoral fellows and Early-Stage Investigators like Dr. Gilbert launch their externally-funded research careers through our community-engaged and supportive infrastructure," Dr. Reitzel said. "We are so proud of our investigators, like Dr. Gilbert, and the great work they are doing to achieve health equity within our most minoritized, marginalized and underserved segments of the community." 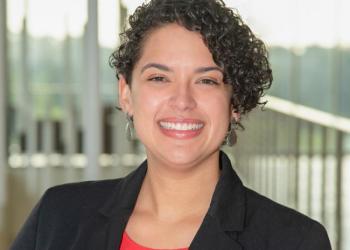