Skip to main content
Want to Cut Back on Holiday Boozing? Learn to Hack Your Biology
HRI Director, Dr. Ezemenari Obasi, is featured in this gripping article about stress and its impact on alcohol consumption during the holidays and COVID-19.

Julia Chester, Ph.D., a professor of neuroscience and behavior at Purdue University, is in the middle of telling me how to know if my nightly White Claw consumption is a problem when she takes a beat midsentence. “Listen, these are strange times, and it’s hard for any of us to tell if our drinking patterns have changed, because everything has changed,” she says. Chester goes on to share that she and her husband have wine most nights, but because they both work from home now, they’re never quite sure when it’s all right to open the bottle. “I’ll be honest—we’re struggling with this,” she says, laughing. “When does the day end? When is it okay to start drinking?”

If a researcher who studies stress and its impact on alcohol consumption is coming clean about her own pandemic boozing, you know you’re not alone. Recent stats have the World Health Organization and the National Institute on Alcohol Abuse and Alcoholism concerned enough to issue warnings about excessive drinking—alcohol sales in stores were up 54 percent in late March and 27 percent in April compared with the same times last year, according to a Nielsen investigation. Online sales had increased by nearly 500 percent by the end of April.

Chester isn’t surprised. “We know people drink more anytime there’s a big event, like a fire, volcano eruption, or terrorist attack,” she says. Feelings of anxiety or depression, which more than tripled from the end of 2019 through mid-2020, often bring on what scientists call negative urgency. It’s a tendency to impulsively do things, like reach for alcohol, when you have these uncomfortable emotions.

Stress also manipulates your brain to the extent that you’re far more likely to drink. Usually, when stress lets up, your fight-or-flight response does, too. But many of us are experiencing five-alarm stress all the time now. Our response is completely out of whack, which puts us at an increased risk of wanting to drink. Ezemenari Obasi, Ph.D., has been studying the neurobiology of stress and addiction at the University of Houston, and his research has found a link between people with a dysregulated stress response and higher levels of alcohol consumption.

Compounding the problem is that a drink can help lift you out of the muck. “Drinking is kind of like taking a short- term antidepressant,” Chester says. It puts more serotonin—the so-called happy hormone—in your synapses and makes you feel better, she adds. For a while.

The biology behind having another. And another.

Antidepressant sounds good, but short-term is what gets you in trouble. Actual SSRI antidepressants “cause a long-term change in the function of the serotonin system, whereas alcohol creates short-term changes that end up leading to a worse outcome in the long run,” says Chester.

The surge of serotonin your body produces after a few drinks means it will produce less when you’re sober—a side effect that can last anywhere from 24 to 72 hours. “So you feel worse, you need to drink more, and your serotonin ends up going lower and lower,” says Chester. Over time, your baseline serotonin level drops and stays low. That can make you want a drink or two because alcohol helps you feel better. Low serotonin can also exacerbate negative urgency, causing you to reach for a drink to stop feeling negative emotions.

Chester’s research studies how negative urgency is a risk factor for addiction, especially if you land high on the impulsivity scale. Do you look for something to punch when you’re pissed off? Have a fight with your partner and try to find someone to take it out on? “You’re probably more likely to drink when you are in a negative emotional state,” she says.

How much alcohol is too much isn’t just a matter of counting the empties. For your health (including the risk of cancer, stroke, and early death), two a day is the max. For your life, it’s a matter of how it’s affecting things like your sleep and relationships. Even a mix of drinking more when you said you’d have one and needing extra to catch a buzz indicates that you’re stepping onto the alcohol-use-disorder continuum. To see where you stand, check this quiz from the National Institute on Alcohol Abuse and Alcoholism. My White Claw habit wasn’t cause for concern, but the fact that I believed I needed it to take the edge off—and that I felt like crap the next day—has been making me think twice before I crack one open.

Mixers that make the urge to drink worse

The effect a few drinks have on your brain also depends on what else you’re doing to manage your anxiety. Prescriptions for anti-anxiety meds—including benzodiazepines such as Klonopin, Valium, Ativan, and Xanax—spiked 34 percent from mid-February to mid-March. Such drugs have sedative effects. Alcohol does as well. “Benzodiazepines alone can impair your cognitive functioning and reflexes, and adding alcohol to that can make it worse,” says Richard A. Friedman, M.D., director of the psychopharmacology clinic at Weill Cornell Medical College in New York City. The combo can lead to sedation to the point of respiratory depression (read: you stop breathing) and even death. With these meds, he says, “it’s best to avoid alcohol completely. If you drink at all, keep it extremely modest.”

Most people taking antidepressants can drink some alcohol (check with your doc), but a big exception is Wellbutrin (bupropion), which increases the risk of having a seizure, says Dr. Friedman.

Other antidepressants can heighten the effects of alcohol, “so fewer drinks might feel more powerful,” says Victor M. Karpyak, M.D., Ph.D., a psychiatrist at the Mayo Clinic who specializes in addiction. And alcohol can lower the efficacy of an antidepressant.

Drinking less without it being a drag

It may feel hard AF to tone down how much you’ve been drinking, but the earlier you get a handle on bad habits, the easier it is to keep bigger problems at bay. Here’s where to start.

Going cold turkey is one of the dumbest things you can do, particularly if you’re having more than three or four a night, says Obasi. “Withdrawal symptoms can be really overwhelming and even serious to the point that you’ll end up in the emergency room,” he says. Instead, scale back on the number of drinks—and the number of nights that you drink—gradually, until it feels easy to go without drinking for a week, a month, or more. Obasi recommends having a plan for how much you’re going to consume and holding yourself accountable by tracking those drinks in a notebook or on a whiteboard on your fridge. Also, create a plan to do something else, especially something physical, when a craving strikes.“Any form of physical activity can help because it naturally boosts your serotonin,” says Chester.

The psychoactive compound in cannabis, THC, has sedative effects on your brain that alcohol can make even worse. That’s why combining the two—cross-fading or getting crunked—is so powerful. Add to that the fact that, like alcohol, THC is a depressant and “THC can be even more depressive when you combine it with alcohol,” says Dr. Friedman. Research hasn’t been able to explain it, he says, “but we know from clinical experience that people who have depression make themselves more depressed when they take THC and drink alcohol, especially on a daily basis.”

See if you can find ways to regulate the stress and anxiety that’s driving your drinking. Even simple things like working out and talking to friends about how they’re aiming to handle the holidays can help. “These things really do work to mitigate stress, anxiety, and depression,” says Obasi. “Do that, and your need to drink won’t be as strong.”

Talk to a pro.

It’s never been simpler to access addiction specialists or other mental-health experts who can work with you to figure out how your emotional world is affecting your drinking habits, says Chester. With telehealth, you don’t even have to leave home to get help and insight. If choosing one feels like a chore, see if any of your other doctors can recommend someone. 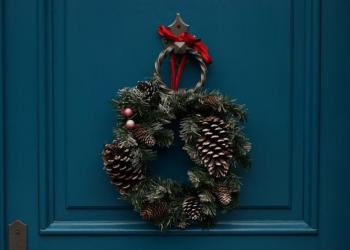