Skip to main content
Older ladies with sort 2 diabetes have completely different patterns of blood use of their brains
HRI affiliate, Dr. Stacey Gorniak found that brains of older ladies with Type 2 diabetes don’t use as much oxygenated blood. This furthers the understanding of sensory and motor signs as a precursor to dementia and Alzheimer’s illnesses, which are both linked to diabetes.

A University of Houston researcher is reporting that the brains of older ladies with Type 2 diabetes don’t use as a lot oxygenated blood as those that haven’t got the disease. The analysis is the primary to level to adjustments in blood use within the mind as the first motive for diabetes-related deficits in motor perform. It additionally furthers the understanding of sensory and motor signs as a precursor to growing dementia and Alzheimer’s illnesses, each of that are linked to diabetes.

“It’s a pretty significant finding. Typically, when someone presents with a sensory or motor issue along with Type 2 diabetes mellitus, the assumption is that it’s the result of peripheral nerve damage in the hands and feet,” mentioned Stacey Gorniak, affiliate professor within the UH Department of Health and Human Performance and director of the Center for Neuromotor and Biomechanics Research. Gorniak printed her findings within the journal Neurophotonics.

Until now there was no assumption that one thing is occurring with respect to mind perform that affects sensory and motor capabilities in individuals residing with Type 2 diabetes.

“Emerging evidence has suggested that factors outside of nerve damage due to Type 2 diabetes mellitus, such as impaired cortical blood use, contribute significantly to both sensory and motor deficits in people with diabetes,” experiences Gorniak.

Nearly 24% of the 40 million individuals within the United States over the age of 60 dwell with Type 2 diabetes. Problems with fingers, fingers and toes are frequent negative effects of the disease and might result in a lack of impartial residing and decline in high quality of life.

Gorniak’s testing technique is exclusive. Rather than utilizing a typical MRI to observe the usage of oxygenated blood, she opted to make use of a method referred to as useful close to infrared spectroscopy (fNIRS). The fNIRS is a technique that delivers infrared gentle into the scalp to measure use of each oxygenated and unoxygenated blood use by the mind. This approach differs from MRI as MRI can’t measure oxygenated blood use. The fNIRS technique can be utilized on individuals who can’t have an MRI.

She examined a gaggle of 42 post-menopausal ladies, over 60, half of whom had Type 2 diabetes, and requested them to carry out numerous workouts with their fingers. She selected this group as a result of they’re usually on the highest threat for diabetes, coronary heart disease and dementia.

“Our work demonstrates that motor changes in people with diabetes occur independent of sensory impairment and that these changes are unrelated to disease duration and severity. Our data point towards other factors such as changes in muscle and reduced function of the cortex as underlying mechanisms for problems in sensory and motor functions,” Gorniak experiences.

Her findings, she mentioned, opens analysis prospects for different teams of individuals with the disease, in hopes of discovering a method to therapeutically keep away from the detrimental well being results of diabetes.

“We need to see what this looks like in a larger population, including men, and then we can start developing treatments or different ways we could potentially stop these negative impacts of Type 2 diabetes,” mentioned Gorniak. 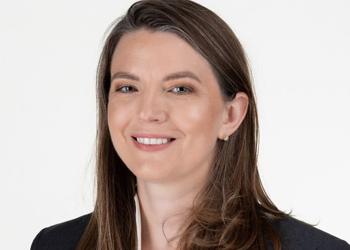